Bowl scheme not a certainty 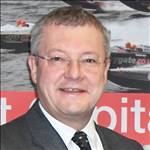 Tourism minister Martyn Quayle admits he's disappointed Douglas Corporation has pulled out of a joint scheme with the Manx government to refurbish the Bowl stadium ahead of the 2011 Commonwealth Youth Games.

Last Friday, the council debated the subject and was split down the middle when it came to a vote.

The Mayor had the final say and used his casting vote to end involvement in the scheme.

Although the corporation also agreed to offer the Bowl to government, Martyn Quayle says nothing is guaranteed: