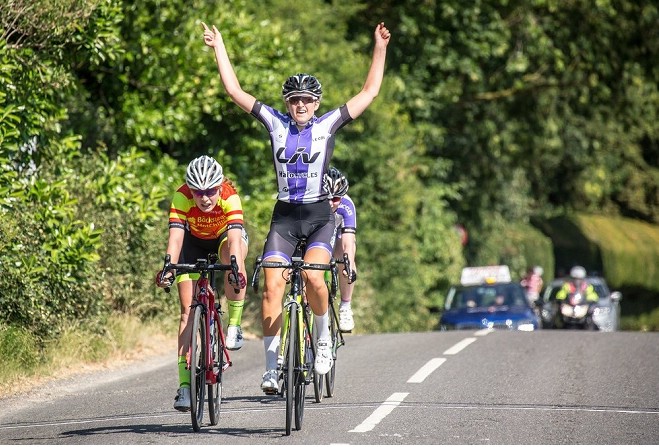 Amelia Sharpe has become the latest Manx cyclist to win a British title.

She claimed the women's British Junior National Road Racing Championship after a fine performance in the race at Witham on the Hill in Lincolnshire yesterday.

The 16-year-old was part of a four-rider breakaway which left the peloton on the third lap of four, in an attempt to turn the screw in the hot conditions - temperatures topped 30 degrees during the race.

The plan worked and the breakaway was maintained, with the race for the line being contested by the four: Sharpe, Elynor Backstedt, Anna Docherty and Katie Scott.

Sharpe - a first-year junior who was very successful at youth level - then did enough at the line to hold off the challenge of Backstedt.

Docherty was third and Scott fourth.

Thomas Bostock was the best placed of the Manx contingent, coming home in ninth.