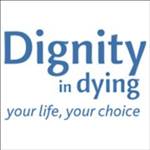 Isle of Man residents could soon have greater control over how their lives end.

That's the belief of media and communications officer for Dignity in Dying Jo Cartwright, after her recent visit to the Island.

Miss Cartwright was invited over by the Positive Action Group and addressed an audience on the subject of voluntary euthanasia at the Manx Legion Club earlier this week.

In a blog about her visit, Miss Cartwright says she believes there's a real appetite on the island to revisit the issue of assisted dying, which was last considered by the House of Keys five years ago.

She says she was moved by a woman who saw both her parents suffer at the end of their lives and now wants to set up an action group to challenge current Manx law on the issue.

She also singles out MHKs Quintin Gill and Juan Watterson, who she says are willing to 'put their heads above the parapet' in the year coming up to a general election.

Miss Cartwright concludes her blog by saying: 'with the passion, commitment and enthusiasm for a change in the law that I have seen, greater choice and control at the end of life for the 80,000 residents of the Island, may be just around the corner'.