Castletown A win tie of round 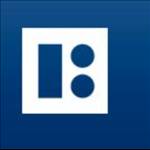 There were no real shocks in the men’s or women cups in hockey on Saturday.

In the women’s cup, Castletown A won the tie of the round in dramatic fashion on penalty flicks against Vikings A.

The match finished 3-3, with Karen Faragher (two) and Danielle Coombs the Vikings’ scorers, before Town won 3-1 on flicks.

Tracy Lyness grabbed a hat-trick and Sally Walker and Jane Ryder netted doubles as Phoenix A saw off lower league opposition in Saracens 7-1.

Debbie Clague, Kelly Bailey, Sasha Preskey (two) and Emma Killip (two) were the goal-getters as Bacchas B defeated Valkyrs C 6-0, while Leanne McNaught, Emma Gill and Becky Corkish were the scorers as Castletown B ran out 3-0 winners against Vikings B.

In the remaining game, Raptors produced a spirited display, going down 1-0 to Valkyrs B with Aalish Bennett the match-winner.

Steve Crowe and Connor Byrne each hit four as Vikings A demolished a young Bacchas B 13-0 in the biggest men’s result of the day.

Andy Harding, Phil Quayle, Juan Corlett and Brian Coombes were among the other scorers.

Dan Jacobs hit two with Rich Geldard and Christian Forbes getting the others as Vikings B defeated battling Colts 4-2, for whom Ritchie Weir and Wally Slack found the net.

A hat-trick from Donald Stewart and a double from Mark Corlett fired Castletown A to a 5-3 win over Saracens.

Charlie Griffiths hit four as Valkyrs A defeated their C side 10-6 in a club battle!

Regular goalkeeper Ed Margot had a rare outing outfield and struck a hat-trick with Greg Miller, Mark Moyer and Gareth Morris netting the others.

A Tim Groves treble, two from Steve Winchester and one from Mike Flowers ensured six of the best from the C side.

Castletown B avenged a league thrashing at the hands of Roosters.

After a 2-2 draw in which Keith Corkill and Matt Robinson found the net for Roosters and Steve Babb and Chris Robertson scored for Town, the southerners were 4-3 winners on penalty flicks.

Valkyrs B were 5-2 winners over Harlequins, for whom Pete Godwin and Pete Nutall were the scorers.