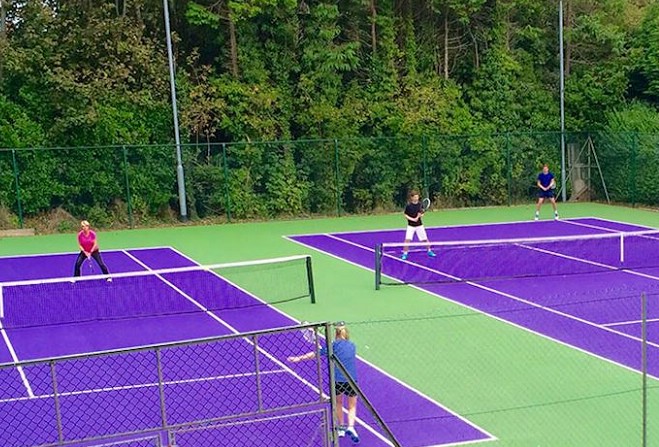 Last Sunday was a very busy one at the Albany Tennis Club as it played host to this year’s Todmorden Shield triangular match.

Castletown T C took the win this year with 92 games. Albany won 65
games and Ramsey 43. All games were fiercely contested.

Castletown will be next year's hosts.

Next Tuesday (27) is the 4th and final American tournament for this year.

There will be prizes for winners on the night plus overall individual Champion and runner-up.

Players intending on entering, please let the club know by no later than Monday 7pm – ring 861497 or 498597 or e-mail albanytennispr@manx.net.

Entry fee £2 with all proceeds going to the Development Fund.

Junior coaching will take a break during half-term with Minis on this Saturday (24) but not next. There will be no coaching during next week, all will be back to normal on Monday, 2 November.

The Club Championship Presentations – seniors and juniors -will take place at the club this Saturday (24) at 3pm.