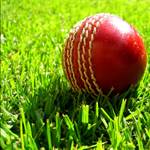 In the Standard Bank Premiership on Saturday there were wins for Ramsey, Castletown and Cronkbourne.

The top game saw Castletown pull off a great win to complete the double over St John's.

The Saints ran up a massive 272 for 7 with Phil Littlejohn hitting 95 and Chris Hawke 77.

However the Town responded in style with Travis Friend and Christian Steriopulos putting on a stand of 174 as the southerners reached their target for the loss of only two wickets.

Leaders Ramsey defeated Loaghtyn after quite a struggle at Mullen-e-Cloie.

The young Loaghtyn team scored 231 for 9 thanks to 70 from skipper Simon Beard and 26 each by brothers Joe and Harry Rothwell.

Ollie Webster led the Ramsey reply with a blistering 71 not out which contained 9 fours and two sixes, while Ken Harding made 53 to see the northerners win by five wickets.

Cronkbourne are now in second place in the Premiership following their 47 run defeat of Crosby.

The Tromode team ended on 258 for 7 with Max Stokoe cracking 84 and Glenn Bannister taking 4 for 38.

Simon Watson struck a fine 67 for the Marown side, but they were dismissed for 220 as Phil Richardson took 3 for 27 and Alex Stokoe returned 3 for 36.