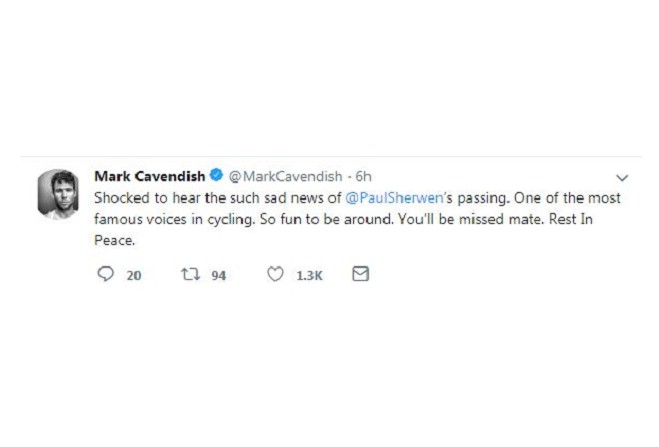 Mark Cavendish has joined many others in the cycling world who are paying tribute to a popular broadcaster who has died.

After his professional career, he became one of the best-known and most-loved commentators on the sport, particularly alongside Phil Liggett during Le Tour.

This year's was the 33rd he had commentated on.

Cav tweeted: "Shocked to hear the such sad news of @PaulSherwen’s passing. One of the most famous voices in cycling. So fun to be around. You’ll be missed mate. Rest In Peace."