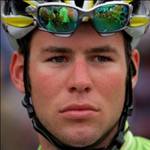 Mark Cavendish is aiming for a sprint clean sweep at the 2010 Giro d'Italia after it was announced there would be seven sprint stages during next year's event.

In typical Cav fashion the Manx star said, "There are seven stages for sprinters, why not try winning them all?"

He adds that he always wants to be a star at the Giro and loves racing in Italy.

However Columbia-HTC team manager Bob Stapleton will also surely have his say and perhaps decide that Cavendish has to ride the Tour of California in 2010.

A decision will probably be made at the team's first training camp in December.

The Manx missile won three stages at the Giro this year and two last year.