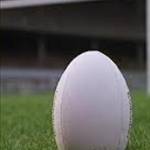 Holders PDMS Southern Nomads set out their stall for the new season with a clinical display at Ballafletcher edging out Vagabonds B 22-5.

Nomads led 12-0 at half-time after tries from Conor Stephens and Harry Brereton, plus a conversion from Will Cain.

Vagas pulled one back early in the second half through Danny Kane but Stephens’ second and a late try from Steve McHugh gave them the win.

At Mooragh Park, Ramsey B recorded a solid 48-3 win over Castletown.

In the final game of the day, Douglas B steamrollered Emerging Nomads 85-0 at Castle Rushen High School.