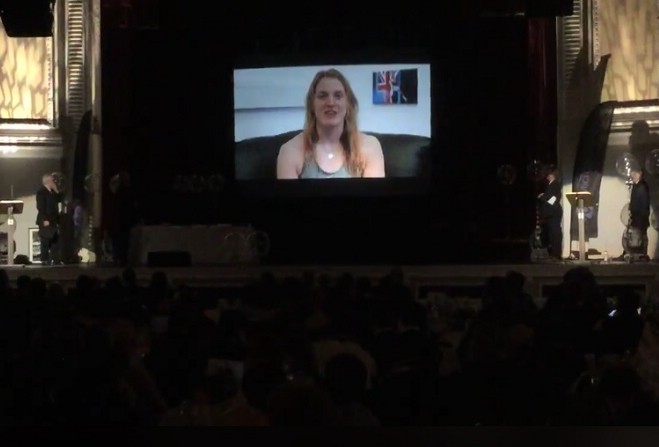 They were named at a packed Villa Marina Royal Hall with five-time Paralympic swimming champion Ellie Simmonds as guest of honour at the awards.

Cyclists Tara Ferguson and Matthew Bostock took the under-21 gongs.

It was a great night for Douglas Rugby Club who claimed the Team prize and coach Carl Murray was also a winner.

Richard Fletcher was named as Administrator of the Year, Lawrence Dyer as Disability sportsperson and athlete Gail Griffiths took the Veteran title.

There was also a special achievement in the Isle of Man award to Junior and Senior Manx Grand Prix winner Mikey Evans.

The Lifetime Achievement award was posthumously presented to Murray Lambden, who sadly passed away last year.