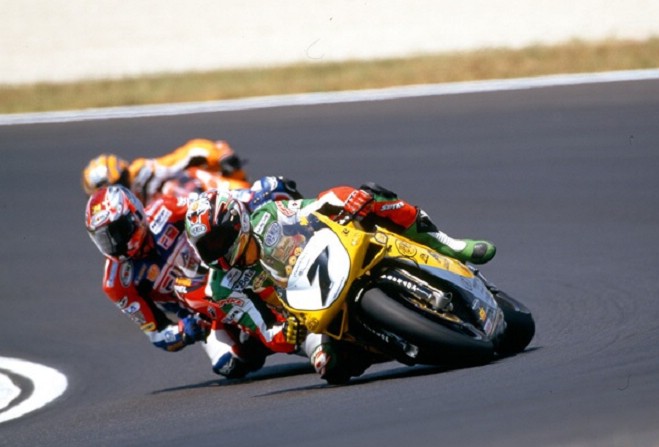 Will ride at Jurby Day

Former World Superbike and Grand Prix rider Pierfrancesco Chili is to be a special guest at the Classic T.T.

He has a busy schedule of chat shows, watching the Saturday racing and riding at Jurby Day.

The Italian is now 52 years-old and had a racing career that spanned over 20 years.

He competed in the World Superbike Championship between 1995 and 2006 saw him take victory in 17 races.