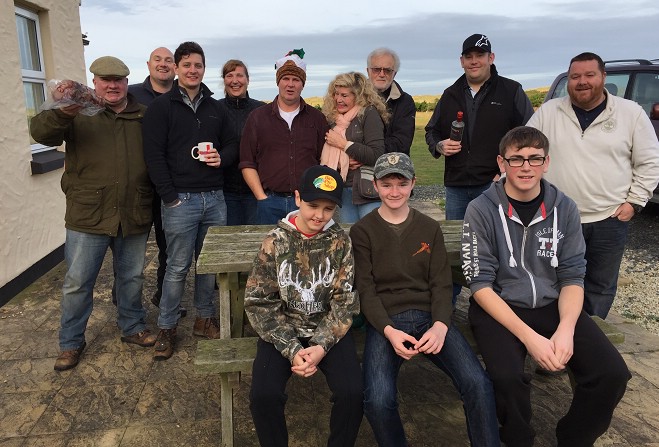 Some of the competitors at Blue Point on Sunday.

28 shooters turned out for the sporting competition. Marty Kneen was high gun on 44 with Paul Mihailovits taking second spot on 43 and Jake Keeling third on 42.

Random pairs were drawn to see who took the top prize on offer.

Next up at Blue Point is the Boxing Day shoot - comprising 50 DTL, 25 English Skeet and 25 English Sporting.