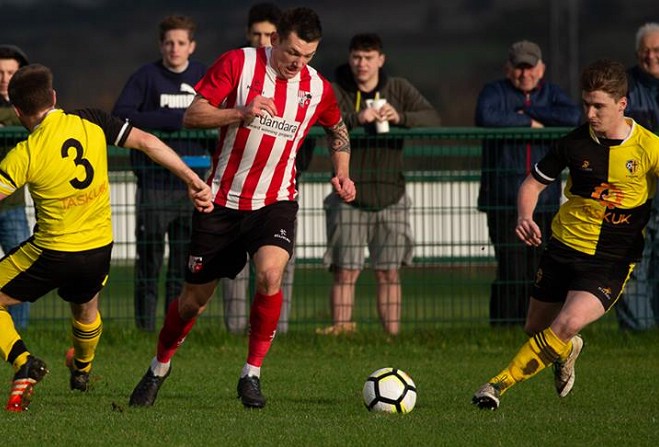 Two giants of Manx football go head-to-head at Douglas Road this weekend as Peel and St Georges battle it out for a place in the Friends Provident International FA Cup Final.

Saturday's semi-final clashes pit the competition's most successful club against a St Georges side who've lifted the trophy seven times in the last 14 seasons, as well as being runners-up on three occasions in that time.

In the previous meetings between the two so far this term, 31-time FA Cup winners Peel have the edge, having prevailed 3-2 in both matches.

That included a dramatic Railway Cup Final at Ballafletcher on Boxing Day, when a Tom Wood strike at the death sealed the win for the westerners.

In the day's other last-four tie, JCK Division Two outfit Colby will hope to make history later when they host St Marys in the semi-finals of the FPI FA Cup.

Adam Fretwell's team came out on top in a nine-goal thriller in the previous round as they knocked out Laxey.

Their challenge is even greater this time around, with Canada Life Premier League leaders St Marys standing in their way of a first ever FA Cup Final.

Marys start the day as overwhelming favourites, sitting 19 league positions above Colby and hoping for their first triumph in the competition since 2013.

In terms of league action this weekend, relegation-threatened Laxey can move to within a point of safety.

With time running out, they can close the gap on the sides above them with maximum points over Old Boys at Glen Road on Saturday.