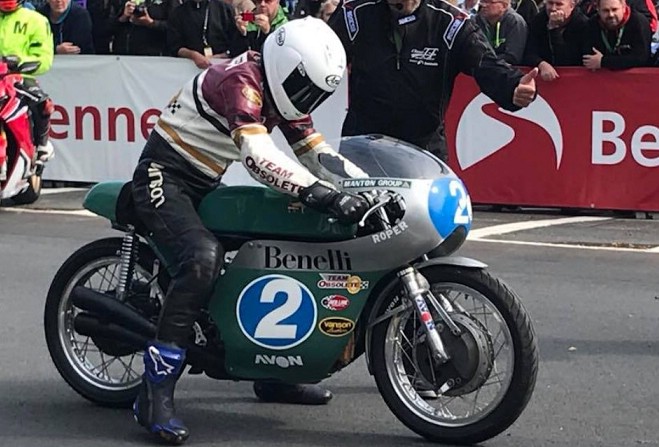 Riders were eventually able to get away for the Classic TT Lap of Honour at 2.50pm, after a morning of bad weather delayed racing.

And it was full of riders paying tribute - to loved ones passed and bikes of the past.

Dave Roper kicked off the parade lap, first away on the ex-Renzo Pasolini 250cc Benelli-4.

The lap showcased the Honda RC30 machines, celebrating 30 years of the bike.

Nick Jefferies rode his RC30 Honda, the same one he won the 1993 Formula One TT.

And in another tribute Ryan Kneen rode an ex Joey Dunlop RC30 Honda in a lap for his brother Dan Kneen.

Their father Richard rode the Honda that Dan rode in the 2017 Classic TT.