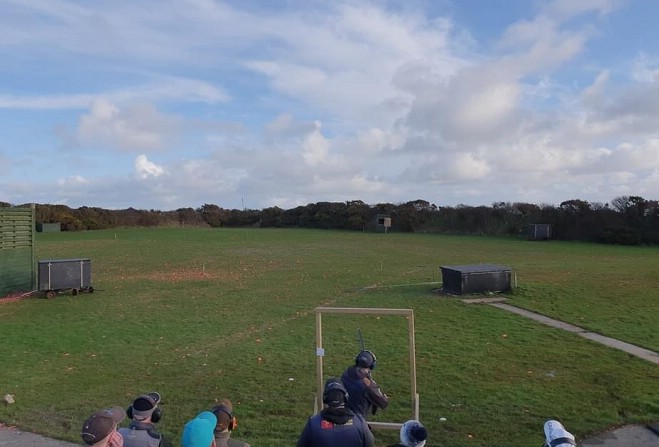 The leader at the half way stage was A class shooter John Moore with 22 points in second place on 21 was C class Mark Barnett with father and son Stan and Michael Cross, who are both in A in equal third place on 20.

In A class, first round leader John Moore was third on 36 with Dave Corlett taking second place on 38 with Stan Cross in first place in A with 40 points but the overall winner with 41 points was junior Michael Cross.

A team event was also held and the winners were Alan Wade and Michael Cross but only after a shoot off with Mark Barnett and Dave Corlett ,Dave Lally and Joe Faragher were in third place .