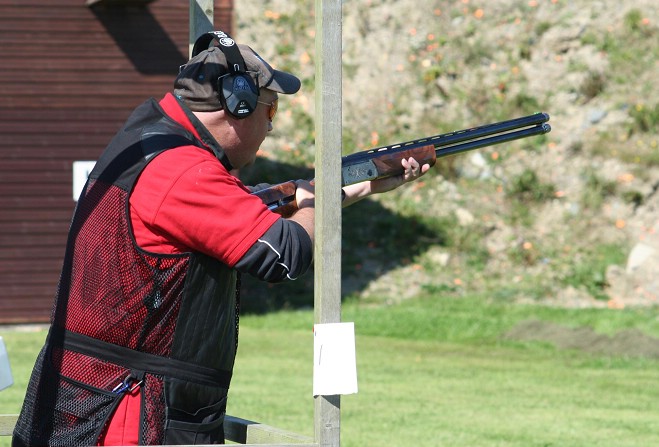 The first round of the Utopia Hair Salon Winter series English skeet league was held at Meary Veg Santon in very windy and, at times, wet conditions.

The leader after the first round was Paul Mihailovits, who only dropped one target for a 24, in equal second place on 23 were John Moore, Juan Cowley and B class shooter Brian Faragher. They were followed by Stan Cross, Mark Barnett and C class shooters Will Rand and junior Joe Faragher.

After the second round, junior David Cowin was third in C class with 35 points, with Will Rand second on 39 and junior Joe Faragher first in class on 41.

In B class Peter Kelly was third on 32, with Mark Barnett second on 38 and Brian Faragher first on 40.

In a class Juan Cowley was in third place on 43 with first round leader second on 47 but the star of the show was John Moore who hit a straight in his second round in worsening weather conditions to take A class on 48 points.

Next week is the first round of the Cu Plas Callow Winter series DTL league, entries close at 10am.

The Christmas list on 27 December is now up in the club house, to avoid disappointment put your name down ASAP.