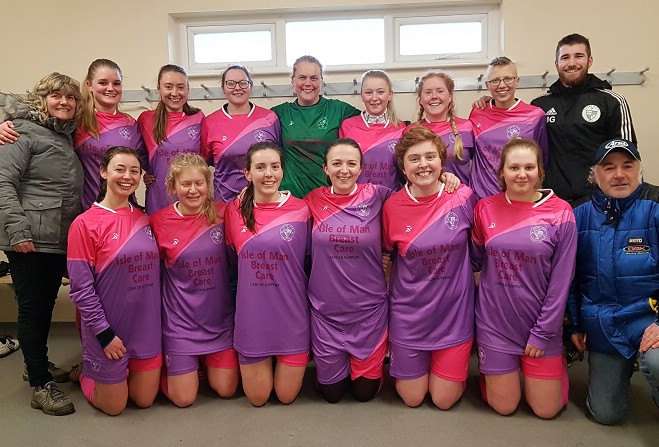 Colby caused one of the shocks of many seasons in the Nedbank Women's League on Sunday.

The southerners thrashed Douglas Royal 8-1 to seal their first ever victory over the Ballafletcher club.

Royal were without their captain Kym Hicklin and a regular goalkeeper but still fielded a team of multiple trophy winners.

The star of the show was Caitlin Smith who netted five.

Amy Speed grabbed a brace and Meg Hoare the other.

Royal’s cause wasn’t helped when a player walked off the pitch midway through the second half.

Two goals inside the first seven minutes and a third from Eleanor Gawne made the match safe within 14 minutes.

The westerners hit seven more in the second half as Corkish completed her hat-trick with further goals from Maxine Smalley, Chloe Gale, two from Sarah Taylor and a double from substitute Kira Buchan.

The match involving Corinthians against Douglas Athletic was postponed as Athletic couldn’t field a team.