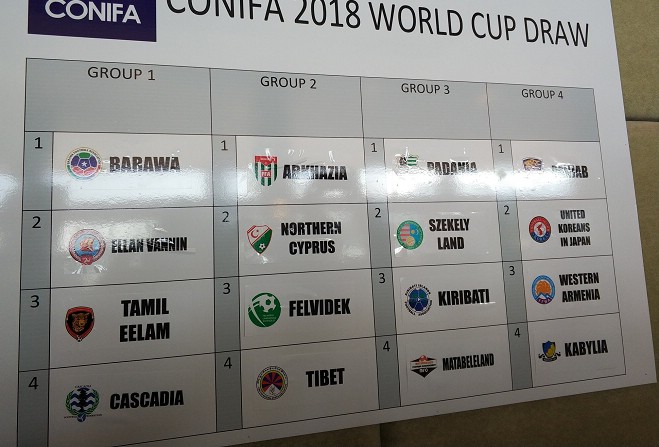 Ellan Vannin now know their opponents in the group stage of the ConIFA World Football Cup.

They'll face: Barawa, who represent the Somali diaspora in London; Tamil Eelam, which is made up of Sri Lankan Tamils now living in Canada, the UK and Switzerland; and Cascadia, a region made up of Oregon and Washington states in the United States and British Columbia in Canada.

The draw was made in Northern Cyprus this lunchtime.

The ten-day tournament, which is being held in London, starts on 31 May.