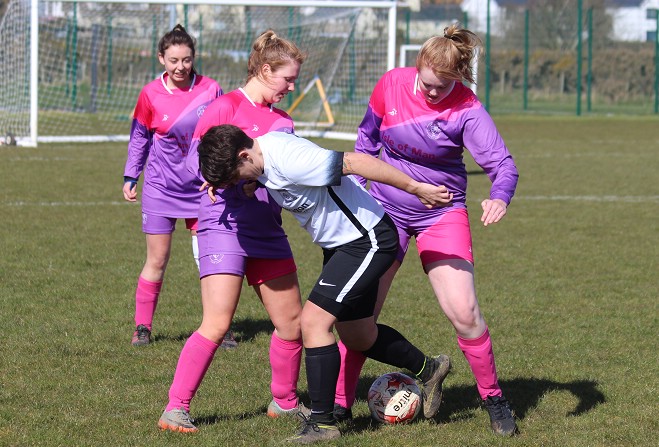 This season’s Nedbank Women’s FA Cup Final will be a repeat of the 2015 and 2016 showpieces.

Just like the men’s FA Cup Final on Easter Saturday, the women’s equivalent will be between Corinthians and Peel – the first time the same clubs have contested respective FA Cup finals in the same season.

The Whites secured their place in the final after defeating Colby 9-1 at Station Fields on Sunday.

In the other semi-final, Laxey gave Peel a scare after taking a half-time lead through Mica Santos.

However, second half goals from Maxine Smalley (two) and Sarah O’Reilly ensured the Sunset City side reached the final.

Corinthians and Peel met in the 2015 and 2016 finals. Corinthians triumphed 3-2 in the first final with Peel winning by the same scoreline 12 months later.