Corinthians and St Georges clash 'not do or die' 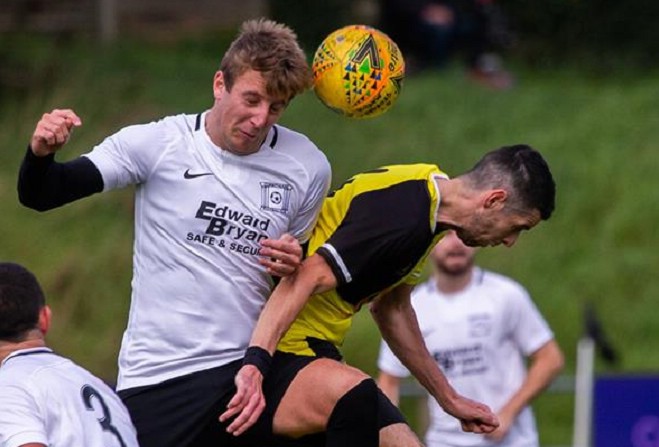 The two sides drew 3-3 in the reverse fixture at Glencrutchery Road earlier in the season (credit: Gary Weightman)

A massive game between two pre-season title favourites is not 'do or die' as Corinthians and St Georges meet at Ballafletcher this weekend.

Isle of Man Newspapers Deputy Sports Editor Andy Dalrymple believes that, although both sides trail current leaders Peel by more than ten points, the battle for the 2018/19 Canada Life Premier League trophy will go down to the wire.

Both Corinthians and Geordies have games-in-hand on the westerners but would still be off the pace if maximum points were taken from those matches.

And as the two prepare to go head-to-head on Saturday, the result could have major implications for the title race.

The Whites scored seven in their first match of 2019, which saw them return to winning ways after defeats to fellow challengers St Marys and Peel.

Dalrymple has Danny McMahon's side as slight favourites heading into the game, but he doesn't feel playing on home soil will have much of an impact.

"St Johns are a fairly handy outfit, so to put seven past them was a bit of a shock.

"At home, Corinthians maybe just edge it, but you can never tell with Manx football, especially this season.

"In the Isle of Man is home advantage a thing? A lot [of the players] say 'not really'. Either there's a pitch with a slope or a particular wind advantage, but home advantage? I don't think it's too much of a thing in Manx football."

A stuttering start to the campaign saw Corinthians win just two of their first six outings, before a run of five straight victories reinstated their title credentials.

Their form against teams who have title ambitions of their own will be of concern, however, with a 2-1 triumph over Rushen their only victory in matches against the four sides above them this term.

That includes the 3-3 reverse fixture with St Georges at Glencrutchery Road on 22 September.

Railway Cup finalists Geordies haven't exactly started the new year in red-hot form, though, only mustering the one goal against Laxey and Castletown sides they were expected to beat comfortably in their two matches since the turn of the year.

According to Dalrymple, shutting the opposition out at the other end in those matches points to an area where Corinthians may face a real struggle.

"Johnny Myers is having a bit of an Indian summer at the back.

"Him and Sean Quaye, on their day, are still of the best centre-half pairings on the Island."

But Dalrymple also recognises the threat that the aforementioned defenders will have to nullify if they're to go home with all three points on Saturday.

"They'll have to deal with the pace and trickery of [Stephen] Whitley and indeed Dan Simpson and maybe even Luke Murray if he's fit.

"I think that's going to be where the match-up is."

Whatever happens, the evergreen football reporter is confident that a defeat for either club would not put them completely out of the title picture.

"The consistency of Peel at the moment is strong and they obviously won the Railway Cup over the festive period, so they really are in that bracket of teams to beat.

"But St Marys have only lost one so far. I predicted them for champions at the start of the season and I still think they're the team to beat as well.

"And we mention those other three: Rushen, St Georges and Corinthians - they'll all be wanting to take points off the top two teams."

Despite his insistence there is still all to play for, Dalrymple is sticking with his pre-season pick of where the trophy will end up when the season reaches its climax.

"I just think this has still got some way to run yet. I wouldn't be getting my pound out and putting it on anyone at the moment, but if I had to, I'd go with St Marys."