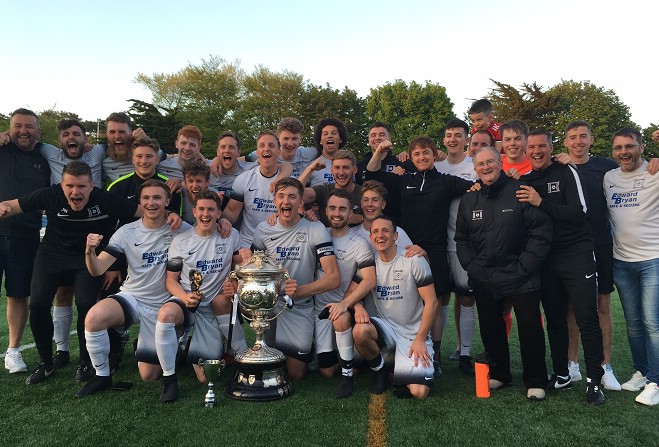 A double from man of the match Stephen Whitley helped Corinthians to lift the 2018 Railway Cup thanks largely to a scintillating first half display.

They clinched the trophy after a convincing 4-0 victory over St George's.

The Whites took the lead through captain Sean Doyle before Whitley scored the first of his goals by driving a low shot past the St George's goalkeeper.

Dan Simpson added a third for Corinthians after turning in a cross from the teenager Luke Murray.

And Whitley made sure of the win two minutes before the half time whistle after he broke free from the Geordies defence, rounding the keeper and slotting home to put the contest beyond all doubt.

The match was a repeat of the Hospital Cup final which was played just five days prior, with St George's triumphing 4-3 on that occasion.

However, roles were reversed at the Bowl on Wednesday night as Danny McMahon's men bounced back to win the club's first ever Railway Cup.