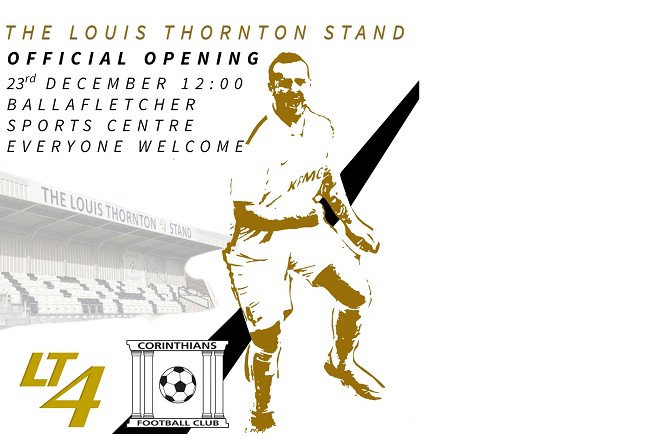 Islanders are being invited to attend the opening of a new stand at Ballafletcher at midday on Saturday (23 December).

It's in honour of former Corinthians captain Louis Thornton, who died in September last year.

The 26-year-old was a prominent figure at the club and a number of fundraising efforts have taken place in his name since he passed.

Among those have been the Parish Walk and the release of a special club calendar.

The money raised has gone towards a new 150-seat Louis Thornton LT4 Stand at the Whites' home in Ballafletcher.

All are invited to attend its official opening ahead of Corinthians' match against Ramsey this weekend.