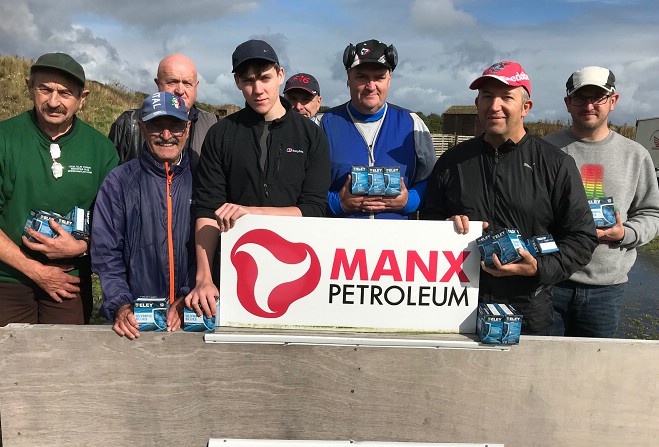 There was a three-way tie for first place after the English skeet between Jeff Corkill, Stan Cross and his son Michael on 23, followed by Dave Corlett and Peter Kelly on 22.

Corkill was in the lead on his own after the Manx Skeet on 45 points, with Corlett in second place on 44 and John Moore third on 42.

Corkill was still in the lead after the Skeet Doubles with 66 points, closely followed by Corlett on 65, with Moore a further point back in third, Cross in fourth place on 62 and Ted Davis, Michael Cross and Peter Kelly next on 61.

The Olympic skeet was last to be shot and here the scores tumbled.

Will Rand finished top of C class on 46 points.

In B class Peter Fabrizio was second on 60, while Brian Faragher took the win with 70 points.

In A class Stan and Michael Cross finished in equal-third place on 79 with Dave Corlett taking second place on 80.

First place went to John Moore, who finished with 83 points, but highgun on the day and taking the Skeet Medley Championship was Jeff Corkill with 85 points .