On Air Alex in The Afternoon Alex Brindley | 3:00pm - 5:30pm
The Vamps - Married In Vegas Download 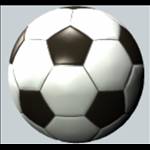 Ramsey pulled off a potentially crucial victory and took the northern bragging rights in the process to move out of the Sure Mobile Premier League relegation zone on Saturday.

A solitary second half goal from Tony Corlett sealed victory at Ayre United in the northern derby – three points which lifted Ramsey out of the bottom two at the expense of Douglas Royal, who went down at home to Rushen despite a spirited second half showing.

Royal, trailing 2-0 at the break to goals from Jack Saxon and Steve Ridings, fought back to level through Johnny Baker and a wonder goal from Aaron Quinn.

However, after bringing his side back on level terms with an excellent free-kick from inside his own half, Saxon then added his second a minute later to put Rushen back in front.

The drama was still not over as Royal were awarded a contentious penalty only for Rushen goalkeeper Aron Storrie to pull off a save and secure all three points for the southerners.

In CFS Division Two, there was delight for Douglas and District on Saturday as they clinched their first victory of the season with a shock 4-2 success over the Police.

Richard Brent (two) and Scott Webster were among the heroes as rock bottom D&D pulled off a fine win and surprised their neighbours in the process.

At the other end of the table, Colby continued their dominance of the division in style by thrashing southern rivals Castletown 7-1 at Glen Road.

Tom Charmer notched the Town consolation but it was a day to remember for Colby.

The most prolific striker in Manx football showed his undoubted talent yet again.

Dave Skillen hit a hat-trick as Pulrose kept up their promotion push with a 4-0 win at Braddan – strike partner Barry English netting the other.

There was an eight goal thriller at Ballasalla as Malew and Onchan shared the spoils.

It was a family affair at Crosby as Marown ran out 4-1 winners over Ronaldsway.

Brothers Ricky Lovett (two) and Jeremy Lovett were on target with Andy Cain grabbing the other to sink the Rockets.

The match between Ramsey Youth Centre and Jurby was abandoned in the first half after Youth Centre keeper Laurence Cummins sustained a suspected broken leg.