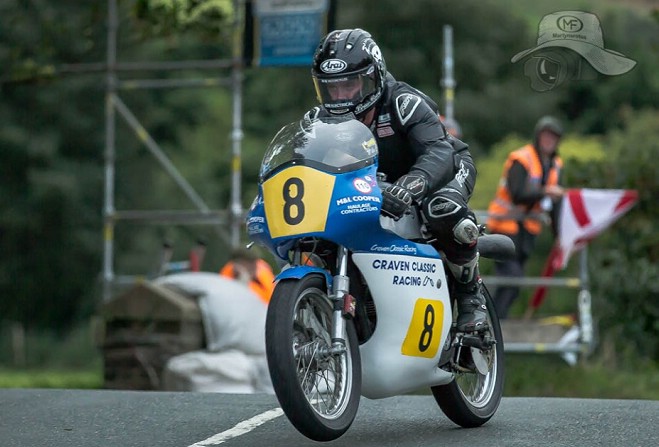 Jamie Coward capitalised on the retirement of Lee Johnston to top the podium for the first time in his Classic TT career.

Mist around the Mountain Course had pushed the Junior Classic race back on numerous occasions before the conditions improved for a 2pm start.

And it seemed as if the outright lap record holder in the class, Johnston, was on course to triumph on the Isle of Man once again.

But the General dropped out at the Gooseneck on the second lap, despite looking the favourite to take the chequered flag, providing Coward with a golden opportunity.

It was a chance the Yorkshireman was never going to pass up as he averaged 103.4mph on his final lap to seal a maiden victory.

A superb battle between last year's winner Dominic Herbertson and Michael Rutter eventually saw the latter clinch second place, but both were left trailing in the wake of Coward.

Rutter finished 37 seconds behind as runner-up, with Herbertson sealing a second podium finish at the Classic TT.