On Air The Morning Show Marc Tyley | 9:30am - Noon
Mika - Big Girl You Are Beautiful Download 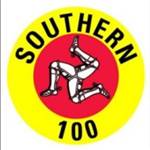 With the 2010 Steam Packet Southern 100 International Road Races less than a month away, the organisers are pleased to say an excellent entry has been received to the traditional July meeting, including former Solo and Sidecar Championship winners.

However, the 2009 holder Guy Martin has announced that he will make his road racing return at the Southern 100 after his serious spill at the TT and will no doubt be aiming to once again take the winners laurels and trophy back home to Kirmington.

Last year’s sidecar champions Ian and Carl Bell will also be hoping to retain the title, father Ian for the fourth time, having also previously taken the sidecar championship crowns in 1999 & 2000 and son Carl for the second time.

As always the quality of the entry received for the Southern 100 provides the prospects for some close exhilarating racing over the four days of the meeting, which has been run since 1955, providing through the years future British and indeed world champions.

William Dunlop’s last visit to the Southside course resulted in a hat-trick of wins in the prestigious Manx Telecom Post-TT Races, which he followed up with a four-timer, including five lap records seven days later at the Bush National Road Races.

He will be out to collect more silverware as he competes in most of the solo classes being contested.

Two other winners at ‘The Bush’ were Davy Morgan and John Burrows; they too will be endeavouring to be on top of the podium during the meeting.

All in all it should mean the tension will be electric as the grid forms prior to each race.

Once again the ‘charioteers’ will be certain to live up to expectations once the flag drops.