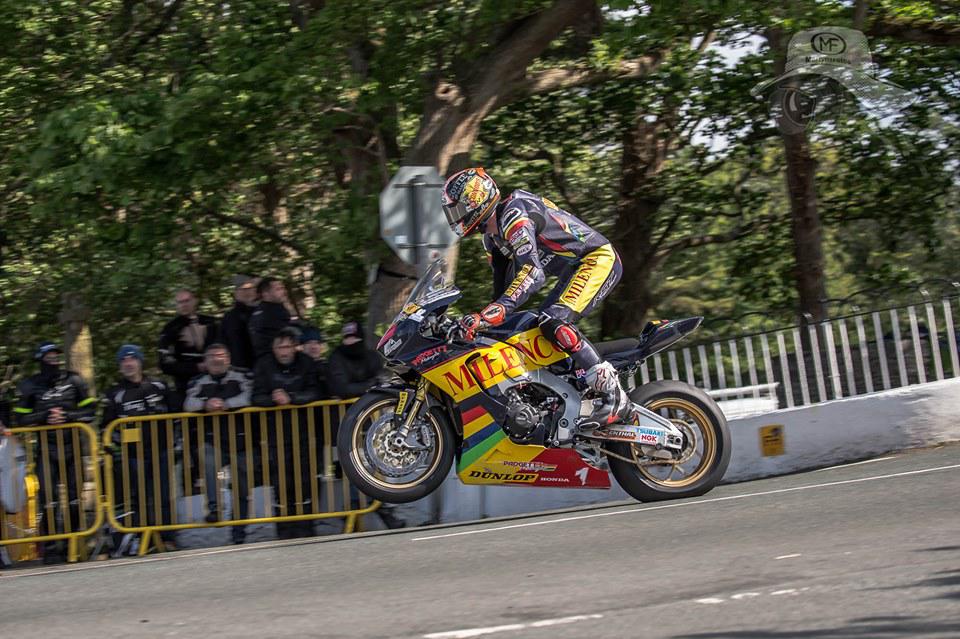 Relief as riders get in some much-needed lap time

Conor Cummins set the pace in Sunday's TT qualifying session as he went quickest in the Superbikes.

The Ramsey rider registered a 128.92mph lap on his Padgett's Honda, leading Dean Harrison and David Johnson - who were the other riders to make the top three.

Harrison, a two-time winner at the TT, was second with a 128.29mph lap as competitors got in some much-needed time on the course.

A torrid week of poor conditions has caused disruption, with only two out of ten qualifying sessions going ahead as scheduled.

But the weather held out on Sunday to the relief of Clerk of the Course Gary Thompson, who had discussed the possibility of dropping certain races from the programme if the inclement weather persisted.

It was the sidecars who kicked off the session shortly before 3pm.

John Holden and Lee Cain were the fastest at 114.986mph, 0.56mph quicker than the Birchall brothers.

Peter Hickman led the way in the Superstock qualifying on Sunday and Ashcourt Racing rider Lee Johnston - yet to be a winner around the Mountain Course - will have been happy with his performance in the Supersport class as he topped the billing.

This was the moment the first competitors set off down Glencrutchery Road: