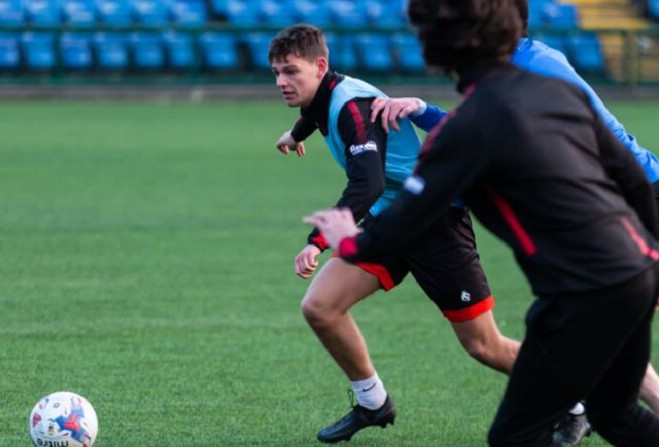 FC Isle of Man get a busy next two weeks underway tonight (9 March) when they travel to Cheadle Town in the second round of the First Division Challenge Cup this evening.

Both sides head into the midweek clash after picking up victories in the NWCFL Div 1 South at the weekend (5 March).

FC IoM produced an inspired second-half display to beat Cheadle Heath Nomads 3-1 at The Bowl, whilst Cheadle Town secured a 2-0 victory away at Barnton.

The two outfits also go into the game having overcome each other at different stages of the season.

Cheadle Town edged out the Ravens 2-1 on home soil back on 27 October before FC Isle of Man got revenge on Manx shores with a 5-2 victory on 22 January.

The Island side, depleted due to several injuries to key players currently, face a rejuvenated Cheadle Town who come into this fixture having won their last four on the bounce.

Chris Bass' team will be hoping to improve on the result of their last cup outing back on 23 October when they went down 4-2 away to Billingham Synthonia on Teesside.

Cheadle Town vs FC Isle of Man kicks off at the Park Road Stadium tonight at 7.45pm.

The travelling FC IoM squad is available below: