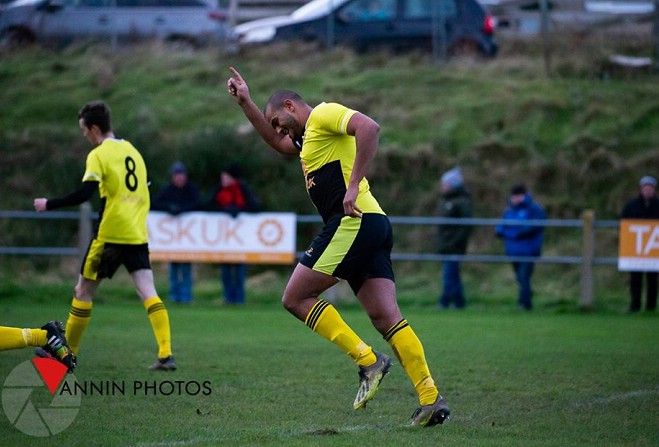 A frenetic match at Glencrutchery Road saw St Georges come from behind to take all three points in a 4-3 victory over Corinthians in the Canada Life Premier League.

Fraser Vaughan and Stephen Whitley gave the visitors a 2-0 lead in blustery conditions, before Chris Bass Jr pulled a goal back before the interval.

Corinthians' two-goal advantage was restored through Danny Gerrard after the break, but Geordies battled back to level the scoreline with two quick-fire goals from Calum Morrissey.

And St Georges eventually had the final say as Furo Davies netted to give the hosts all three points on a day the club marked its 100th anniversary.

Leaders St Marys will be top of the tree this festive period after a crushing 8-0 triumph over bottom side Pulrose.

A hat-trick for Tom Weir and Craig Murphy's brace were among the highlights of a match which saw The Saints score four goals in each half without reply.

Ryan Crawley scored both goals in the opening half of Rushen's 2-0 win over Marown as The Spaniards remain three points adrift of Marys.

Elsewhere, Daniel Lane's first goals for Peel helped them to a 2-1 victory against Ramsey, and John Quirk was on target twice as Old Boys took maximum points from their trip to Glen Road.