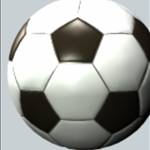 If there was any doubt about why Manx football’s top side remains the team to beat, it was well and truly ended on Saturday.

It was a rout at Glencrutchery Road between the Canada Life Premier League leaders and the side which started the day in third place.

St John’s looked like they could cause a shock when they led 1-0 at the break thought a Nick Hurt penalty.

However, the Geordies then showed in a dominant 45 minutes – in which they scored an average of every four and a half minutes - exactly why they have every Manx football honour in their trophy cabinet.

That confirmed their place in the Railway Cup, as did Laxey who stayed second after a 9-1 thrashing of lowly Castletown.

Most of the damage was done in the first half as the Saints raced into a 3-0 lead.

Martin Torr and Matthew Montgomery replied for battling Ramsey in the second half.

Peel are fourth after a 3-1 success at Corinthians.

A Lee Gale double and one from John Kelly ensured all three points for the westerners.

Louis Thornton hit the net for the home side.

Old Boys’ fine form continued – although too late for Railway Cup qualification – as they defeated Rushen 3-1 at Blackberry Lane.

Second half substitute Darren Hudgeon was the match-winner with two goals after a Craig Stewart penalty and a Mike Williams header meant the sides were level at the break.

Marown remain rock bottom and Gymns are pulling away from the drop zone after a 2-0 win at Crosby - Mark McCarrick and an own goal causing the damage.

In JCK Division Two, the top three - Michael, Colby and Ramsey Youth Centre - all overcame tough games to win, while Ronaldsway are off the bottom, at the expense of Malew, after a 3-2 success at Douglas and District.