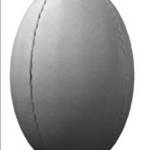 Douglas raced into an early 15-0 lead with tries from Will Latta and Mike Hebden, plus a penalty and conversion from Bryn Snellgrove.

Douglas leaked two soft tries at the back end of the first half and the teams turned around with Crewe 29-15 in front.

Will Latta added his second of the game after the break but Crewe were just two strong for Douglas and they bagged a converted try and a penalty to deny Douglas a losing bonus point.

Douglas dropped to third place in the table which is now headed by Oswestry.