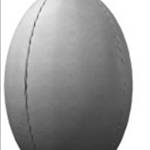 Douglas underlined their promotion credentials with a dominant second half performance at the Mooragh Park, picking up maximum points from a potentially tricky game.

They moved 21 points clear of third place Dukinfield in South Lancashire/Cheshire Division Two and, with just seven games to play, look almost certain to go up.

An early Daryn Thompson try got them off to a good start.

Ramsey hit back with an Andy Cleator penalty and a try from Lance Wyllie before Bryn Snellgrove crossed to put Douglas back in front.

Cleator hit a second penalty just before half-time to see Ramsey turn around 11-10 ahead.

The Douglas set piece took charge in the second half though and tries from James Creasey, Snellgrove and Thompson, plus a penalty from skipper Scott Goodall, gave them a commanding lead.

In the closing stages with Ramsey chasing the game, Douglas bagged two quick tries through Rob Todd and Steve Tansell, both converted by Goodall, and finished the game convincing winners.

Vagabonds just sneaked past Ormskirk 24-22 at Ballafletcher and did a great favour for near neighbours Douglas in the process.

The game was balanced 13-13 at half-time with Aidan O’Shea picking up a try for Vagas and Leigh Kennaugh adding a conversion and a penalty.

In the second half, Vagas’ skipper Mark Howarth picked up his side’s second try and Kennaugh added a second penalty but, with five minutes to play, the visitors led 22-21.

However, a late Kennaugh penalty sealed the win for Vagas.