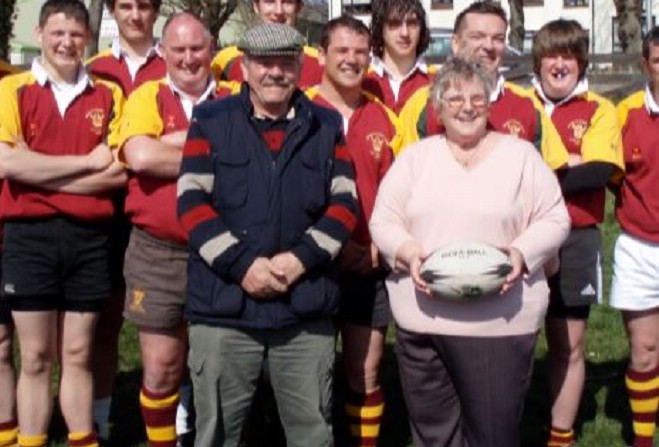 Douglas Rugby Club has paid tribute to former player Lee Maddox, who's passed away this week at the age of 53 after a long illness.

Lee joined his brothers Gareth and Geraint at the club in the 1980s.

He went on to captain the second XV during a 40-year association with Douglas, and the club says he was never one to shirk a challenge.

The funeral cars travelled from the family home and followed a route down Bray Hill, Quarterbridge and past the club on the way to Douglas crematorium.

The club says respectful applause and tribute sirens from the many maroon and gold-clad mourners lining the roads demonstrated the regard and depth of feeling toward the family.

He leaves wife Lesley and daughters Sophie, Ceri and Ellie.