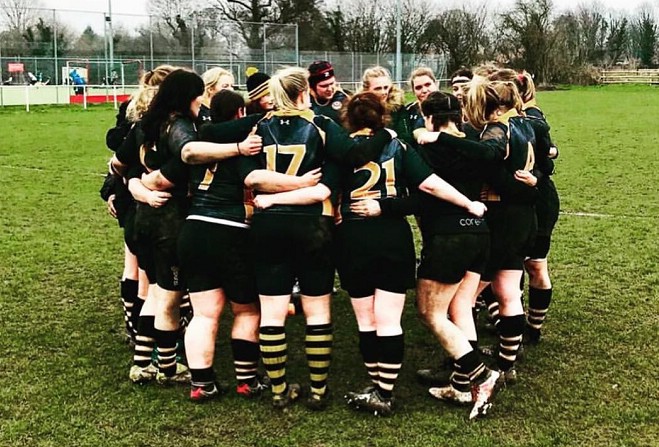 With league leaders Douglas North having their week off this Saturday there’s an opportunity for the chasing pack to close the gap in the Manx Trophy. There is also an outside chance that Douglas North could inch closer to the title despite not playing.

At Port-e-Chee, Douglas South take on Ramsey. A win for Douglas keeps them in the hunt while a win for Ramsey could virtually hand the title to Douglas North. In the reverse fixture Douglas South won 55-34 at the Mooragh Park. Ramsey did however gift them a couple of scores and will feel that a win is not impossible. Joe Corkish and Craig Martin did most of the damage at the Mooragh and the Douglas coach Carl Murray also weighed in with a couple. Ramsey’s try machine Danny Howard scored four at the other end but he sat out last Saturday with injury and his return to action is far from certain. Ramsey will also miss hooker Magnus Black who picked up a shoulder injury last week with Ben Hardman likely to get his first start of the season. The early forecast for Saturday is dry with strong winds and that could just favour Douglas.

In the other Trophy game, Vagabonds head to the Field of Dreams to take on Southern Nomads. Nomads lost by just a point in the earlier fixture however since then the wheels have come off the green wagon and they've shipped fifty plus points in both of their last two games. Jacob Meechan looked very sharp at scrum half last week however the weather conditions made passing awkward at best and he may prosper more in the dry. It was the tempo last week which unsettled Nomads and Vagabonds may not be quite as quick as Ramsey. The Vagas tight five is very strong though and with Ross McCulloch and Tom Gascoyne cutting back inside from centre, they could easily strangle the life out of the game. Vagas do however really need a bonus point here to remain in with a mathematical shout. On paper they should win, but Nomads can't be discounted.

In the Manx Bowl there are three games. At Ballafletcher Castletown meet Vagabonds Ladies. The game was scheduled for Poulsom Park however there are no separate showering facilities there and Town will be playing at Ballafletcher instead and should win.

At the Mooragh Park, joint leaders Emerging Nomads visit Ramsey B. Neil Hulme’s Ramsey side have now won three on the bounce and confidence is high. Emerging are a tough prospect though. Skipper Mike Quayle is leading from the front and with veteran wing Andy Lean in his back line his side are in with a shout. Nomads won at Ballakilley but not as easily as the 37-5 scoreline suggested and Ramsey will make them work.

In the final game, also at Ballafletcher Vagabonds Hornets, the other joint top side face Western Vikings. The Hornets won big at Peel and with some hugely experienced players at their disposal, on their day, they're tough to beat. Johnny Beckley, Kev Birchall and Rob Martin for example could probably get a start in most Island clubs and mixed with some quick youngsters, they're formidable. Vikings lost out by just three last week against Ramsey B and will need to pick themselves up for this game.

Hornets go joint top of Manx BowlVagas Hornets met Vagas Ladies at Ballafletcher on Tuesday night and secured a bonus point 76-42 win to move level with Emerging Nomads in the tag variation of the game. Nat Bush, Jess Rivers, Jacinta Taisia, Becky Dunne, Jess Swales, Jo McCabe (2) and skipper Jules Harrison all crossed for the ladies with Jo McCabe’s radar guided boot adding a conversion. The Hornets are now level with Emerging Nomads at the head of the pack but crucially they have a game in hand which could see them go clear.