Doyle commits to Nashville SC for 2019 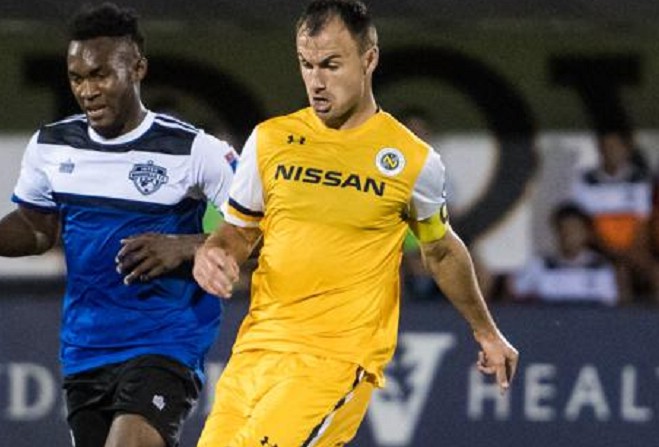 Manxman one of 14 players returning

Manx footballer Liam Doyle has signed a contract extension with USL side Nashville for the 2019 season.

After finishing eighth in their inaugural season, Nashville eventually lost in the first round of the play-offs.

They were eliminated 6-5 on penalties after a stalemate with FC Cincinnati, the division's best team during the regular season.

Doyle won the club's Defensive Player of the Year for the First Tennessee Park outfit after impressing in his first season.

The 26-year-old, who signed from Swope Park Rangers in December 2017, made more blocks and clearances than any other Nashville player throughout the last campaign.

He's now committed to spending another year with the club under the guidance of head coach Gary Smith.

Speaking about the roster for the season ahead, Smith said he was "excited to continue our building process."

Fellow defenders Justin Davis, Bradley Bourgeois and Kosuke Kimura are among the players who have also pledged their future to Nashville alongside Doyle, as well as goalkeeper Matt Pickens.