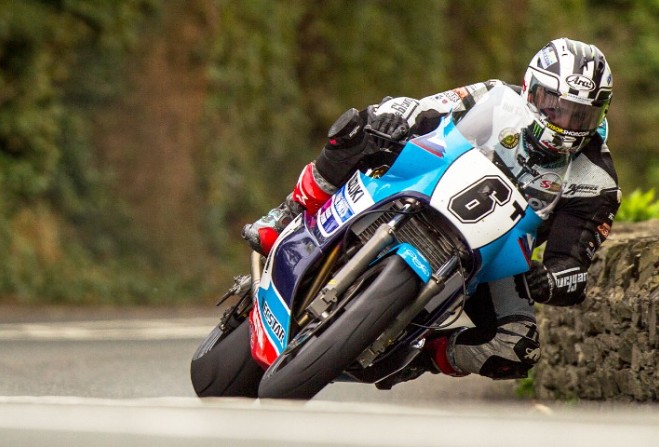 Michael Dunlop secured a lap of 125.537mph in the Classic Superbike class during the fourth qualifying session of the 2022 Manx Grand Prix.

In a reversal of the afternoon session, which you can find out more about HERE, it was the Classic Superbike and Senior classes that got the action underway first.

Dunlop set a rapid pace throughout the lap and completed his first 37.73 miles at a speed of 124.735mph - going straight through for a second lap.

This speed put him 15 seconds up on Hodson (123.047mph) with Nathan Harrison (121.965mph) slotting into third whilst McCormack, Rutter, Dominic Herbertson, Michael Sweeney, Kneen and Paul Jordan all lapped in excess of 121mph.

Stephen Smith was again the quickest Senior competitor, lapping at 119.317mph, which put him six seconds ahead of Jamie Williams.

Second time around and Dunlop set a ferocious pace crossing the line at a speed of 125.537mph.

In the Senior Smith increased his pace at the top of the leaderboard, the Liverpudlian just missing out on a 120mph lap at 119.888mph.

At 7.10pm the second session got underway for the Lightweight, Junior and Classic Senior machines.

James Hind, Mike Browne and Dunlop were the first of the 250cc machines out on track with John McGuinness returning to the fray on his spare bike after retiring in the afternoon session.

In the Classic Senior it was Dominic Herbertson at the top of the leaderboard with a strong lap speed of 107.802mph on the Davies Motorsport Yamaha with McGuinness down at 92.741mph.

However the Morecambe man had no problems on his second lap and set the fastest Classic Senior lap of the week at 109.680mph.

You can find a full report of tonight's action HERE.