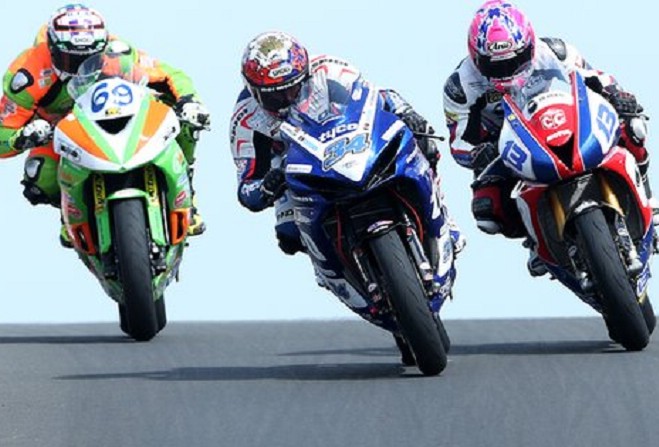 The race was red flagged but Dunlop was declared the winner with a new lap record of 123.20 mph, finishing over five seconds ahead of Ian Hutchinson.

Meanwhile,  Bruce Anstey recorded a speed of 209 mph through the speed trap.

The rider involved in the red flag incident was said to be OK.

Hutchy took victory in the Spidi SuperStock race on his BMW

He finished 0.61 seconds ahead of Peter Hickman with time of 22 minutes, 7 seconds, an average speed of just under 123 mph.

Seeley had started in pole position finished in a time of 27 minutes 39.302 seconds, 6.59 seconds ahead of second placed Martin Jessop.