Dunlop's dazzling dozen at the TT 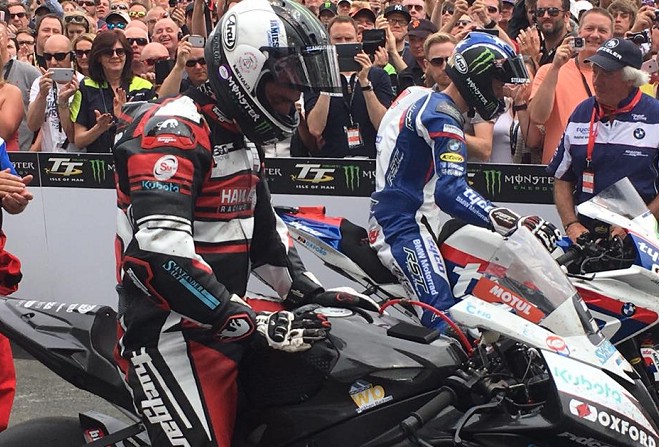 Michael Dunlop has won his twelfth TT, making history in the process.

In today's six-lap RST Superbike race he smashed the lap record from a standing start on the opening lap, becoming the first rider in history to go under 17 minutes for a lap and the first to average more than 133mph.

He then went even quicker on his second circuit, upping the record to 133.39mph.

Dunlop's blistering opening blew away the rest of the field - by the half-way point at the end of lap three he was more than 17 seconds ahead of Ian Hutchinson, who in turn led third-placed John McGuinness by a further 30 seconds or so.

Dunlop spent the second half of the race making sure that lead wasn't eaten into too much, but was otherwise untroubled.

He took the chequered flag comfortably ahead of Hutchinson, with McGuinness third.