On Air The Morning Show Marc Tyley | 9:30am - Noon
The Killers - Blowback Download 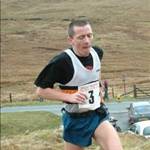 It was his fifth success in the event.

Simon Skillicorn from the Manx Fell Runners was fourth with team-mate Ian Gale in fifth and Ben Scott of Western in sixth.

Tom Cringle was another good local in eighth with Jackie Lee the first woman finisher in ninth overall.

Manx born Lloyd Taggart took the Half Marathon honours ahead of Andrew Brierley and Andy Pead.

Paul Sheard of the Manx Fell Runners was the best local in an impressive fourth.

Andy Watson of the Manx Harriers was fifth.

Manx rifle shooters Harry Creevy and Dave Moore have shot a Commonwealth Games qualification score at the Sinclair Range in the Corlett Trophy.

Isle of Man cyclist Tim Kennaugh has won the opening stage of the Gorey three-day race in Ireland.