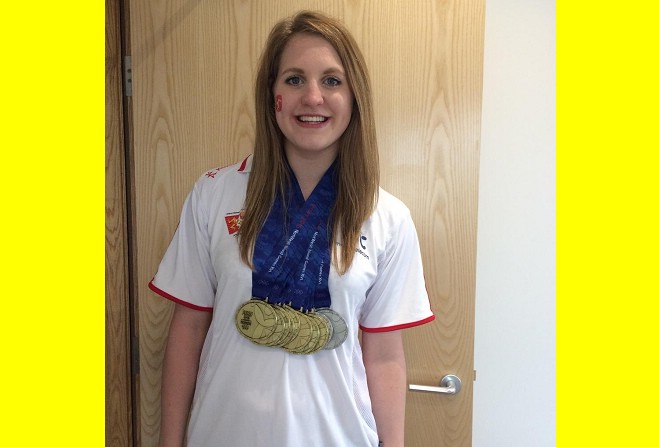 Manx swimmer Charlotte Atkinson has been reflecting on 2015 and says winning eight gold medals at the NatWest Island Games in Jersey is her best achievement so far.

She won six individual golds and a further two in the relays - plus she swam five Island Games records.

The Isle of Man team finished second in the swimming medal table ahead of Jersey and Guernsey - only Faroe Islands won more.

Charlotte says that shows the progress being made by the Manx squad:-