Eight out of eight for Marown 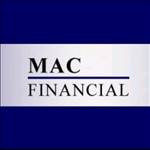 Marown secured another big win to stay clear at the top of CFS Division Two on Saturday.

A week after defeating second placed Ayre, the Crosby side won again – this time at Pulrose – to maintain their 100 per cent record.

A goal in each half from Paul Blair and Jeremy Lovett did the damage.

After a close first half, Ayre took charge at Andreas.

Doubles from James Teare and Matthew Montgomery, plus one each from Steve Parrish and Jason Craine, sealed the points.

Steven Oates and the prolific Martin Murphy found the net for Youth Centre.

A hat-trick from Paul Wylie and two from Lee Astin sealed a fine win.

The home side were in dominant form from the start, leading 4-1 at the break.

Craig Dolman and Kevin Ballard (two) were the Royal scorers.

Andy Glover (two) and Aaron Costain were the scorers as Foxdale saw off spirited Douglas and District 3-0 at Billy Goat Park.

Andy Lancaster was the hero as Braddan defeated Ronaldsway 4-2.

He hit all four as the home side secured maximum points.

Glenn Butterworth and Peter O’Brien found the net for the Rockets.

Police continue to improve and won well, 3-1 at Malew, courtesy of a Chris Moore hat-trick.