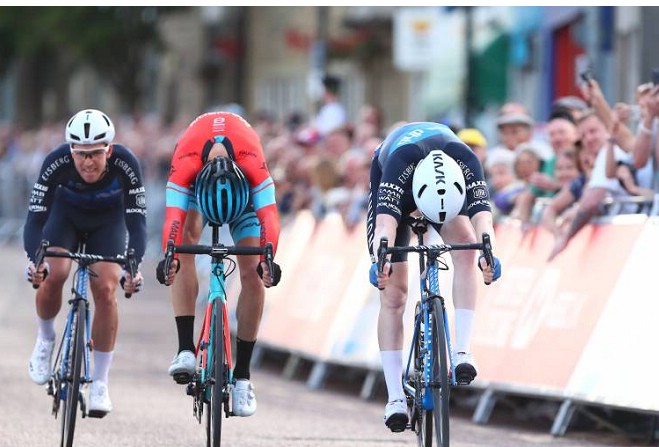 One of the top events on the British domestic road cycling calendar is in the Isle of Man this weekend.

Round nine of the 2019 HSBC UK National Men's Road Series will see four events over three days for the Cycle 360 Manx International.

It begins this evening with a 55km Kermesse, as local rider Matthew Bostock (Canyon dhb p/b Bloor Homes) aims to make it six wins in as many stages of the series.

Mark Christian, Matthew Looker and Leon and Tom Mazzone are among the other Manx riders taking part in the event.

There are two stages on Saturday with the individual hill climb up The Sloc, which starts at 10am, before 15 lap circuit race around the Billown Course in Castletown at 4pm.

Starting at the TT Grandstand in Douglas, the final stage sees competitors tackle three laps of the Snaefell Mountain Course as the event draws to a close with the road race.

Co-event director Richard Fletcher told Manx Radio Sport hosting the three-day stage race is a real feather in the cap for the Isle of Man: