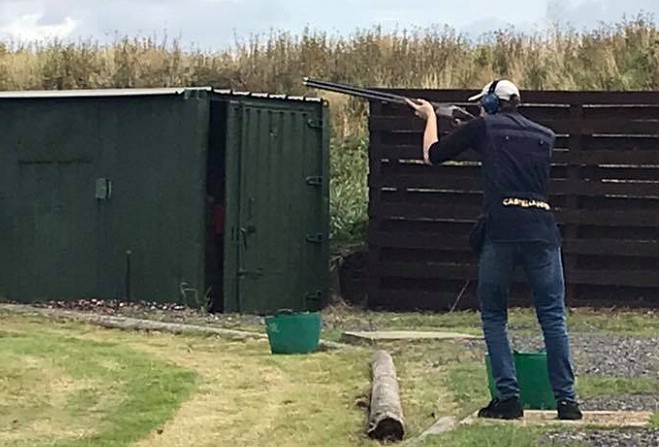 The second round of the Utopia Hair Salon English Skeet league was held at Meary Veg Santon with 23 competitors taking part in dry and very sunny conditions making seeing the targets on stand one and two very difficult.

Before shooting commenced a minute's silence was held in memory of Chris Turner; a previous member and chairman of the club who passed away this week.

The leader after the first round was Dave Corlett on 24, followed by Giulio Fabrizio, Juan Cowley, James Simpson, Jeff Corkill, John Moore and B class shooter Peter Fabrizio all on 23; with Paul Mihailovits, Stan Cross, and C class shooters Will Rand and Junior David Cowin on 22.

After the second round, Steven Rand finished in third place in C class with 40 points, in second place on 43 was junior David Cowin with Will Rand taking C class with 44 points.

In B class, Dave Morgan and Mark Barnett were in equal third place on 42 with Peter Kelly taking second place on 43 but the clear winner of B class with 47 points was Peter Fabrizio.

A Class resulted in a three way tie for first place between James Simpson, Juan Cowley and Giulio Fabrizio, all on 47 points.

Next week is the second round of the Cu Plas Callow DTL league at 10am followed by the AGM at 1pm.