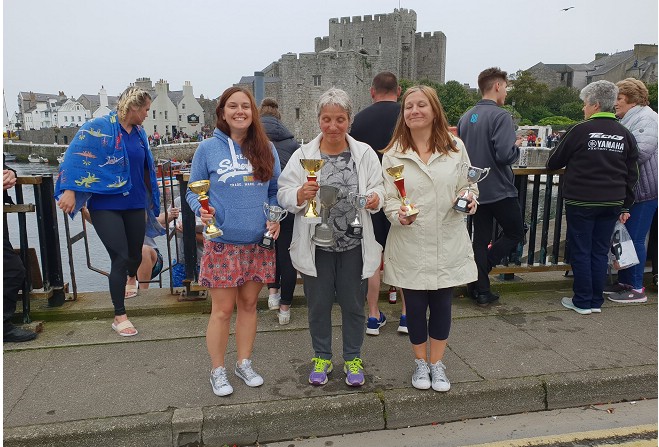 Erika Cowen has won the World Tin Bath Championships - for what is believed to be the twentieth time.

Cowen won the Ladies' event at the 47th instalment of the annual competition, in Castletown harbour yesterday (Sat 1), from Abigail Morgan and Jennifer Chance.

Nick Thornley was crowned Men's champion, with Thomas Parry and Paul Waterson making up the podium - Thornley won the Men's team prize too, with teammates Steve Cannon and Tom Cringle as 'Action Baths'.

Other winners include the Social Network Team, who won the Ladies' team event, five-time World Champion Steve Cain who was the first to sink in the final, David Kelly who won the prize for the best turned out bath, and Emma Johnson of the Castletown Fairies who won the best flying attempt.

Thomas Parry, Alvin Rogers and Steve Taylor won the Veterans' team event, and the snake race, in which teams of six sit backwards on inflated tubes and paddle with arms and legs to reach the finish line, was won by Southern Young Farmers, with Castletown Hockey Club finishing runners up.

The event raised thousands of pounds for charity - the latest count stands at £5,380, but the final total is not yet known.