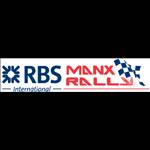 They finished 50.9 seconds ahead of Roger Duckworth and Mark Broomfield in their Subaru Impreza WRC as Evans clinched his second RBS Manx title.

Marcus Dodd and Manx co-driver Andrew Bargery had been in line for third place until the final stage when an uncharacteristic mistake cost them five minutes and put them down in 10th.

Kenny McKinstry had been bidding to become the first driver to complete three wins in a row and an unprecedented sixth win at the event but was forced to retire while 16 seconds behind Evans.

The top Manx pairing were Kirk Michael's Rob Watson and Bruce Craig in 13th who fought back well after a puncture on Saturday morning put them way down the leaderboard.

After the race, Evans admitted he eased up the pace in the closing stages (audio file attached):