On Air Night Flight | Midnight - 5:00am
Pink Floyd - On The Turning Away Download

Excitement but no surprises in hockey cup 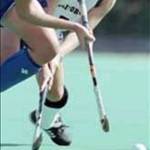 There were no shocks in the Wi-Manx Mixed Cup on Saturday.

Reigning champions Bacchas A overcame the spirited challenge of Celts 4-2.

Johnny Callow, birthday boy Andy Vernon-Browne, Richard Le Page and Gareth Craig were all on target with Eleanor Gawne and Don Stewart scoring for Celts in the second half.

Ollie Webster (two), Julian Colley and Andrea Kneen grabbed the goals as Valkyrs A ran out 4-0 winners over Bacchas B, while Andy Harding hit five in a 7-0 romp for Vikings A over Valkyrs B.
Katie Errock and Kim Carney scored the others.

Ramsey A were given a scare by Saracens Sabres before coming through 6-2 winners.

The sides were level at 2-2 at the break with the prolific Steve Cottier notching both for Sabres.

Ultimately, four from Nick White and one each from Hannah Grubb and Matthew Grice ensured the top flight side prevailed.