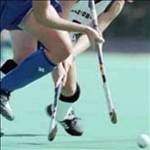 There was an exciting climax to the Inter Island Gymnastics competition at the Manx Gymnastics Centre of Excellence, sponsored by Lloyds TSB.

The FIG men & junior men’s competition was first to take to the apparatus.

All three overall medals went to the Manx juniors – indeed only one apparatus medal evaded them as Brandon Garrett took gold on three pieces to become overall champion.

Colin Furner won silver with a consistent performance, including gold on vault.

Third place went to Anand Patel with another steady round, only just edging out Charlie Marshall who took the apparatus gold for floor.

The Manx senior men took on strong opposition from Jersey and the Faroe Islands, with the Isle of Man’s Alex Hedges proving too strong for the rest to take the overall gold over six pieces.

Joe Smith performed well on his return from injury with a gold medal on floor and also a very tidy vault.

The women’s FIG competition in the afternoon saw a very large entry compete in the junior and senior sections.

As earlier in the week, the juniors proved to be a head-to-head between the Manx girls and Bermuda.

Lyndsey Beynon and Grace Harrison from the Isle of Man showed first with gold medals on vault and beam respectively, with Bermuda’s Morgan Beckles hitting back with a win on bars.

Lyndsey took the final gold on floor, seeing her to an overall bronze medal.

Grace’s steady round saw her win the overall silver medal, but Morgan just pipped her by 500ths of a mark to take the gold overall.

The Isle of Man’s senior women had all five nations to compete against for their blue riband title.

Kaisey Griffith of Bermuda showed strongly in the first rounds with gold on beam and silver on floor.

An unfortunate tumble on her second vault, after a gold winning first, sadly ruled her out of the bars competition, effectively putting her out of the overall final standings.

Olivia Curran of the Isle of Man capitalised, adding her three silvers to a gold on floor to give her the overall gold medal, completing a good week.

Silver went to Riann Ming of Bermuda, only a whisker ahead of team mate Caitlyn Mello, both having won two individual bronze medals.