FC IoM hoping to keep up momentum against Ellesmere Rangers 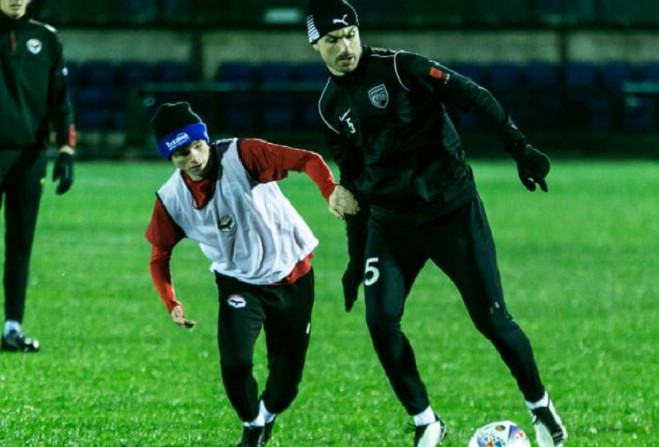 FC Isle of Man will be looking to make it three wins on the bounce when they host Ellesmere Rangers at The Bowl tomorrow night (15 January).

The Ravens go into this game having secured important back-to-back wins in their first games of 2022 against New Mills (3 January) and Wythenshawe Amateurs (8 January).

As a result, they sit fourth in the NWCFL Div1 South table on 51 points, currently five points clear of those outside the play-off places.

The Manx squad have only suffered one loss in their last eleven fixtures which was a 5-3 defeat at home to Sandbach United on 18 December.

The last time FC Isle of Man and Ellesmere Rangers met was back on 2 October, with Ravens securing a narrow 3-2 victory at the Beech Grove Stadium courtest of goals from Dan Simpson, Luke Murray and Sean Doyle.

Shropshire-based Ellesmere Rangers come into this weekend's clash eighth in the league standings and fifteen points adrift of the Ravens.

However, the visitors are the only side to defeat league leaders West Disbury & Chorlton so far this campaign on the 18 December.

They then followed that up with a 7-0 thumping of bottom-of-the-table club St Martins.

FC Isle of Man vs Ellesmere Rangers will kick-off at 6.30pm at The Bowl this Saturday (15 January).

Manx Radio will be providing full live commentary of the match from 6.30pm tomorrow on our AM1368 and Digital platforms.