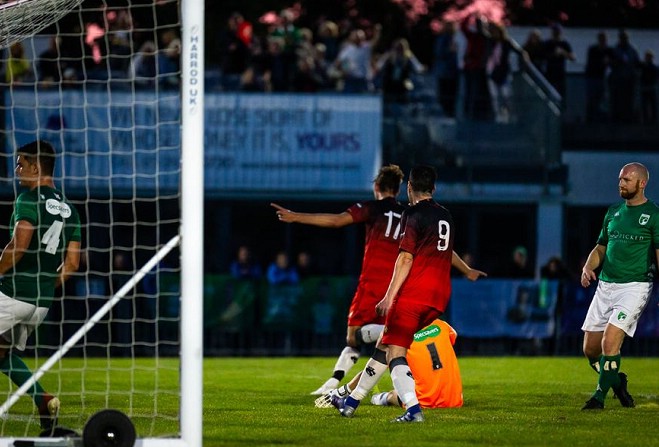 The Skipton Cup slipped out of FC IOM's grasp last night in a hard fought match that ended up going down to penalties.

The local club was playing Guernsey away; a re-match, after beating them in front of a home crowd 1-0 last month.

In the first half it look liked that result would be reversed on Guernsey's pitch, as the Channel Island's side came out of the blocks hard and going into half time 1-0 ahead.

FC IOM's fitness shone in the second half, where they grew into the game and were rewarded with a goal, levelling the score 1-1.

The Manx side were unable to capitalise on a few promising chances, but did enough to hold Guernsey, leaving the match to finish on a draw.

Penalties decided the fate of the silverware, which saw Guernsey FC emerge as champions, winning 5-4.

You can watch the match day highlights here.