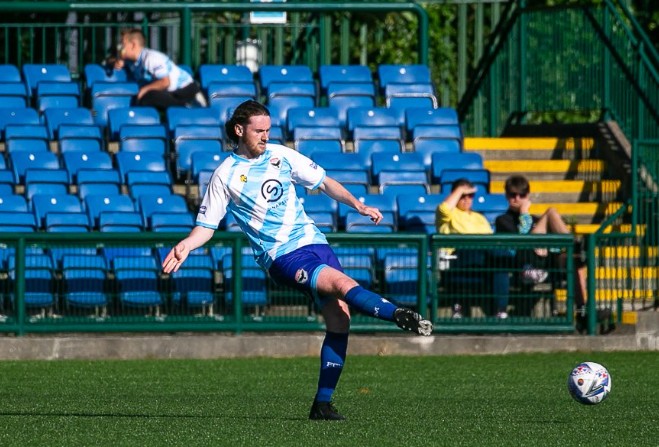 FC Isle of Man will face a giant of English non-league football as part of a hectic double-header of games this Saturday (16 July).

As part of their continuing pre-season preparations, the Ravens will take on Altrincham in one of two games on the same day at The Bowl.

The Island side will then take on Shifnal Town of the Midlands League Premier Division during the evening.

In terms of results, in a been a mixed start to pre-season for FC Isle of Man.

After beating Nostell Miners Welfare 2-1 at The Bowl on 2 July, they narrowly lost out 1-0 to Widnes on Manx Soil last weekend (9 July).

Altrincham have also had an assortment of pre-season results so far.

They were involved in a double-header of fixtures last Saturday (9 July), both against teams set to face FC Isle of Man in the league this campaign.

Altrincham went down 2-0 away to West Didsbury & Chorlton before earning a 2-2 draw against Wythenshawe Town.

This week saw them emerge 2-0 winners in their most recent clash away at Trafford on Tuesday night (12 July).